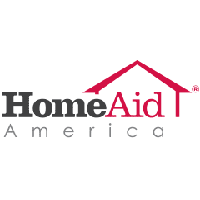 Mar. 7, 2017 / PRZen / NEWPORT BEACH, Calif. -- HomeAid America, a building industry charity and one of the nation's largest builders of housing for the homeless, announced today that Sheryl Palmer, Taylor Morrison Homes' President and CEO, and Dave Kosco, Bassenian Lagoni Architect's Senior Principal and Director of Design, have joined their Board of Directors. Ms. Palmer will also be joining the Board's Executive Committee.

"We are extremely excited and fortunate to be adding two industry leaders like Sheryl Palmer and Dave Kosco to our Board of Directors," said Peter Simons, CEO of HomeAid America. "Sheryl is one of the leading homebuilder CEOs in the country and has led Taylor Morrison to great success during her tenure, during which the company has ramped up its involvement with a number of HomeAid's local chapters. The passion she has for our cause will now be taken to a national level at Taylor Morrison, and with her on both our Board and Executive Committee, we will greatly benefit from her leadership."

"Partnering with builders of housing for the homeless intensifies our ability to reduce homelessness and improve the quality of life for individuals and families across the nation," said Palmer. "Taylor Morrison's team members are passionate about giving back to the communities in which we build, and we hope to help HomeAid expand their local chapters' presence into more markets where we operate."

"We are also fortunate to be adding a leader of one of the nation's top architectural firms — Bassenian Lagoni — with the election of Dave Kosco to our Board," Simons added. "Bassenian Lagoni has been a partner of HomeAid for literally decades, and Dave has been involved in a number of their efforts to support us. He is well respected in the industry and has a heart for our cause that will be invaluable as we seek to help more families and individuals experiencing homelessness across the country."

"Providing shelter to the temporarily homeless must be our first step to ending this problem permanently," said David Kosco, AIA, Senior Principal and Director of Design at Bassenian Lagoni. "HomeAid, as the home building industry's own charitable organization, is in the perfect place to lead this effort and I am honored to be a part of this important work."

HomeAid is in its 28th year of helping those who are homeless through the construction of housing for charities working to get those in need of shelter not only housed but permanently back on their feet. Homelessness remains a major problem in this country, and its causes are numerous and diverse, including job loss, medical crisis, domestic abuse, substance addiction, and post-traumatic stress syndrome in veterans. Indeed, 80% of these families and individuals are situationally homeless and can be moved back to self-sufficiency with the right help at the right time.

HomeAid is a leading national non-profit provider of housing for homeless families and individuals, founded in Southern California in 1989. Through the generosity of builders, their trades and their suppliers, HomeAid has completed 475 multi-unit housing projects nationwide at a value of more than $215 million, of which nearly 50 percent — over $100 million — has been donated by the building industry. HomeAid currently has 70 additional projects in development across the country. HomeAid has added over 9,000 beds in facilities helping the homeless through HomeAid's network of 17 active chapters in 12 states across the country. These beds have been used by over 270,000 previously homeless people over HomeAid's history. For more information about HomeAid, call 1-888-3HOMEAID or visit www.homeaid.org.