L.A.'s New Amended Housing Law and It's Affect on the Industry 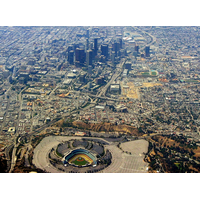 Across Los Angeles, homes are being torn down and replaced with bigger houses, called "McMansions" by some. Now the city is considering a plan designed to keep the number of supersized homes in certain areas in check.

To prevent some new homes from blocking views and changing the look of neighborhoods too dramatically, the L.A. Department of City Planning has proposed changes to a 2008 citywide "mansionization" law.

The amended law would scale back or eliminate certain building bonuses and exemptions that could lead to overly large homes. For example,  homeowners could no longer get a bigger space allowance for including energy-efficient features. And certain patios and porches larger than 150 square feet would count toward the size of the house, the current limit is 250 square feet.

"Changing the law would jeopardize jobs," said Tim Piasky, CEO of the Los Angeles/Ventura Chapter of the Building Industry Association of Southern California was quoted in radio broadcast transcript from LA 89.3 KPCC station.

"There’s a cottage industry out there that is buying older homes and remodeling them and bringing them to current standards. The city is also eroding homeowners' rights by preventing them from adding size — and value — to their property,” said Piasky.

He acknowledged that some houses may offend sensibilities, but said they’re in the minority. "You’re impacting all of them just to address a few outliers," Piasky said. "I think that it’s kind of throwing the baby out with the bathwater."

Complaints about outsized homes have been growing in recent years. The city, needing time to amend its mansionization law, offered a temporary fix last year to about 20 neighborhoods in L.A. predominantly on the Westside and in the southern San Fernando Valley. Two-year building limits went into effect in 15 neighborhoods identified by their councilmembers as having a high rate of mansionization. Five other neighborhoods were being designated as historic zones and got two-year moratoriums on building and demolition permits.

The planned changes to the citywide ordinance will cover the rest of the city's neighborhoods, ranging from Brentwood to South L.A., but the proposal is creating concern within the building industry.

After four public hearings, the city planning commission and the city council's Planning and Land Use Committee will review the proposal before it goes to the full council for a vote. Rothmann said if all goes as planned, the changes could be adopted by the fall.

The planning department will take public comment at the first hearing on Wednesday in downtown Los Angeles.

The other hearing dates are: