The Passing of Housing Legend: BIASC Mourns the Loss of Lynn Jacobs 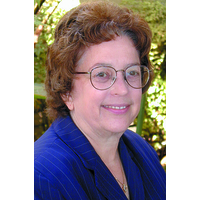 She dedicated her career to building homes and working on housing issues in California. Lynn was the founder and President of Ventura Affordable Homes, which develops single-family homes for first-time homebuyers under various affordable housing programs.  She developed homes for more than 20 years, building more than 400 homes in Ventura and Santa Barbara counties alone.

In addition to starting Ventura Affordable Homes, Lynn founded and served as President of Affordable Communities in Ventura County.  At the time of her passing, Lynn was a director on the Governing Board for BIASC, serving as the BIASC representative on the CBIA Board of Directors. She previously served as President of BIASC-LAV in 2000.  Lynn was also the chair of both the CBIA Affordable Housing Task Force and the BIASC-LAV Housing Affordability Committee.

Lynn was appointed by Governor Arnold Schwarzenegger to serve as the Director of the California Department of Housing and Community Development in 2006. She served until 2011, leading the administration to the dedication of nearly $5 billion in bond funds for affordable housing.  Since January 2004, $1.6 billion has been awarded and has incentivized or created more than 100,000 affordable homes and shelter spaces for Californians.

She wrote numerous articles for publications and received many awards including the National Building Innovations in Affordable Housing Award in 1997.

Lynn was a fiercely-independent business woman; a dedicated wife, mother, and friend; and a true champion of housing.  We will strive to honor her and her efforts as we work to continue to provide homes and communities to all who seek them.

In lieu of flowers, the family has asked for this request instead.